The U.S. State Department allowed seven foreign governments to rent luxury condominiums in New York’s Trump World Tower in 2017 without approval from Congress, according to documents and people familiar with the leases, in what some experts say could be a potential violation of the U.S. Constitution’s emoluments clause.

The Manhattan building, part of the real estate empire of Donald Trump, had housed diplomats and foreign officials before the property developer became president. But now that he is in the White House, such transactions must be approved by federal lawmakers, some legal experts say. The emoluments clause bans U.S. officials from accepting gifts or payments from foreign governments without congressional consent.

The rental transactions, dating from the early months of Trump’s presidency and first disclosed by Reuters, could add to mounting scrutiny of his business dealings with foreign governments, which are now the subject of multiple lawsuits.

Congressional staffers confirmed to Reuters that the Trump World Tower lease requests were never submitted to Congress. Elijah Cummings, chairman of the House Oversight and Reform Committee, said his committee has been “stonewalled” in its efforts to obtain detailed information about foreign government payments to Trump’s businesses.

“This new information raises serious questions about the President and his businesses’ potential receipt of payments from foreign governments,” Cummings said in a statement to Reuters. “The American public deserves full transparency.”

NEWPORT NEWS, Va. – When Wardell Davis landed work with a Norfolk, Virginia, shipbuilding contractor in the fall of 2007, he felt lucky.

Then 24 years old, with no high school diploma, Davis had for years bounced between part-time jobs.

Unable to work, he lives on disability payments, and has brought suit against abrasives manufacturers and safety equipment providers he alleges failed to protect him. They deny responsibility for his failing health.

“If I ever would have thought that this would have happened to me, I would’ve never ever worked there,” he told Reuters, his words punctuated by coughs. “Ever.”

Davis was one of an estimated 11,500 shipyard and construction workers who U.S. regulators say are exposed each year to beryllium: a toxic, carcinogenic element laced through the coal waste often used in abrasive blasting grits. These workers lie at the heart of a little-known regulatory drama unfolding behind the Trump administration’s push to relax safety rules it deems burdensome to U.S. businesses.

he contractor, he says, promised better pay for grueling labor: blasting the hulls of U.S. Navy ships with coarsely ground coal particles to remove rust and paint. He recalls the fog of dust created as workers fired the crushed coal – a residue from coal-fired power plants – against the ship bottoms from high-powered hoses, moving through the tented blasting area in respirators and protective suits.

A year later, Davis found a better job with a plumbing and heating company. He became a father, but still found time to hit the YMCA most days for a swim, a lifelong passion. Then, in 2011, he began struggling to hold his breath under water; soon, he couldn’t hold it at all. He was dogged by a persistent cough, sweats and nausea.

HASANKEYF, Turkey – Hundreds of people displaced by a huge dam in southeast Turkey fear they could go homeless because resettlement laws prevent them from moving into a new government-built town above the rising Tigris River waters.

The Ilisu dam, which Turkey planned to fill this year, will generate 1,200 megawatts of electricity but has been criticized for water shortages it will create downstream in Iraq and for the tens of thousands of people it will displace in Turkey.

For hundreds of residents of the 12,000-year-old town of Hasankeyf and its neighboring village of Kesmekopru, both of which will be submerged, housing laws may also block them from finding new homes on the nearby mountainside. 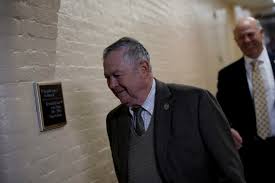 A majority of Republican lawmakers in the tightest congressional races are changing their message on guns, expressing new support for restrictions after last month’s high school shooting in Florida, according to a Reuters review of the candidates’ public statements.

Eleven Republican incumbents face elections in 2018 widely seen as toss-ups or leaning against the current office holder. So far, six of them have publicly embraced new gun control measures in the wake of the Feb. 14 shooting in Parkland, Reuters found. (Graphic: tmsnrt.rs/2I8qevA)

In advocating for some restrictions, they are breaking ranks with a party that has often balked at taking significant steps that could restrict Americans’ constitutional right to own guns and has typically limited its responses to mass shootings to expressions of sympathy.

However limited the shift, it shows that lawmakers who will depend on the votes of moderates and independents to win tough swing-district races are deviating from decades of party orthodoxy on gun ownership. 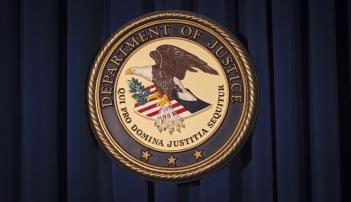 The administration of President Donald Trump has been quietly cutting support for halfway houses for federal prisoners, severing contracts with as many as 16 facilities in recent months, prompting concern that some inmates are being forced to stay behind bars longer than necessary.

The Federal Bureau of Prisons spokesman Justin Long confirmed the cuts in response to an email inquiry from Reuters, and said they only affect areas with small populations or underutilized centers.

“The Bureau remains firmly committed to these practices, but has had to make some modifications to our programs due to our fiscal environment,” Long said.

Halfway houses have been a part of the justice system since the 1960s, with thousands of people moving through them each year. For-profit prison companies such as Geo Group Inc have moved into the halfway house market, though many houses are run directly by government agencies or non-profit organizations.

When disaster hits the chemical plants in Port Arthur, Texas, triggering fires like those that flared in the wake of Hurricane Harvey, Hilton Kelley is the man fielding panicked calls from neighbors unsure whether they should evacuate their homes.

Kelley, 57, is a well-respected figure in his community but is not a government or plant safety official. For 18 years, he has led a non-profit group based in Port Arthur that advises residents on air safety and dispatches a crew in emergencies, helping people to safety in more than 30 major fires or explosions.

More than 1,500 accidents at chemical plants have been reported in the United States since 2007, and amendments to the Clean Air Act issued in the last days of former President Barack Obama’s administration would have forced plants handling risky chemicals to coordinate emergency plans with local responders.

Kelley says those changes would have made his job easier by, for example, obliging plant owners to tell first responders what chemicals were on site. That would help them decide what equipment and training would be needed to help people.

President Donald Trump’s administration suspended the regulations, placing them in a two-year review. Trade associations argued the new rules were inconsistent with Trump’s pledges to cut regulations and with his executive order issued in January requiring federal agencies to offset each new regulation with two deregulatory actions. 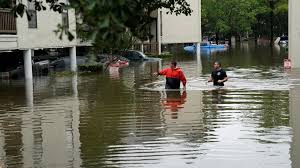 As Hurricane Harvey pummeled the Gulf coast in Texas, the city of Seabrook had an edge over flood-swamped nearby towns and the devastation in Houston, just a half-hour drive away.

Years ago, the city imposed higher elevation standards for buildings that were stricter than existing federal guidelines on construction in flood-prone areas. Before leaving office, President Barack Obama sought to toughen those national rules, to bring them more in line with those in communities like Seabrook. President Donald Trump, however, revoked Obama’s executive order last month.

Harvey, which has displaced around a million people and flooded swaths of Houston, has proven an early test of that decision. Floodplain experts wrote to Trump this week, urging him to rethink his reversal of Obama’s order.

”As we come to the conclusion of Harvey, we have suffered some damage to our community, but not to the extent that some of our neighboring communities have. That is partly because of our (elevation) requirement,” said Seabrook deputy city manager, Sean Landis.

Although Obama’s order had not yet come into effect when Trump rescinded it, some communities had been concerned about the cost of elevating existing buildings to comply with the new rules. But Landis said more stringent rules have paid off in Seabrook. “We feel more resilient,” he said. 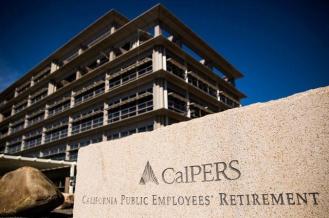 Advocacy groups launched petitions and sent letters on Wednesday urging two of the biggest U.S. public pension funds to divest from an investment fund unless it stops paying one of President Donald Trump’s companies to run a New York hotel.

Reuters reported on April 26 that public pension funds in at least seven U.S. states periodically send millions of dollars to an investment fund that owns the upscale Trump SoHo Hotel and Condominium in New York City and pays a Trump company to run it, according to a Reuters review of public records.

Two legal advocacy groups sent petitions to half a million of their members and letters urging state officials who oversee the California Public Employees’ Retirement System (CalPERS) and the New York State Common Retirement Fund to reconsider their investments in CIM Fund III, which owns the Trump SoHo.

Read the rest of this entry>> 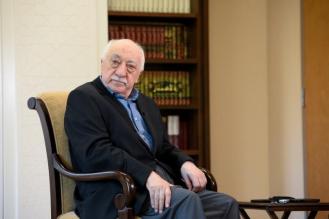 In an interview with Reuters almost a year after the coup attempt, Ambassador Serdar Kilic expressed frustration over the halting U.S. response to its request for Gulen’s extradition and urged Washington to use its data-collection capabilities to help prove Ankara’s accusations against him.

“They should help us in this regard. We don’t have national intelligence authority in the United States,” he said at the Turkish embassy.

Fethullah Gulen, the U.S.-based Muslim cleric accused by Turkey of instigating last year’s failed coup, says he has no plans to flee the United States and would accept extradition if Washington agrees to a request by Ankara to hand him over.

In an interview in his gated compound in Pennsylvania’s Pocono Mountains, Gulen, 79, denied a Turkish government allegation from February that he was preparing to leave for Canada to avoid extradition.

“The rumors aren’t true at all,” he told Reuters.

“If the United States sees it appropriate to extradite me, I would leave (for Turkey),” he said, sitting in an ornate meeting room, its walls lined with Islamic scripture.