Julia Harte is currently at work on her first book, an alternative history of American radicalism. Harte has worked as a National Affairs correspondent for Reuters in New York City and Washington, D.C. Her investigation into how public pension fund investments in the Trump SoHo Hotel & Condominium could put Donald Trump at risk of violating the U.S. Constitution (“A New York hotel deal shows how some public pension funds help to enrich Trump”) won the May 2017 Sidney Award from the Sidney Hillman Foundation. She was a finalist for the New Millennium Award in Non-Fiction for her 2020 essay about the radical life and legacy of her relative Sheldon Harte, “Rebel with a Cause”. 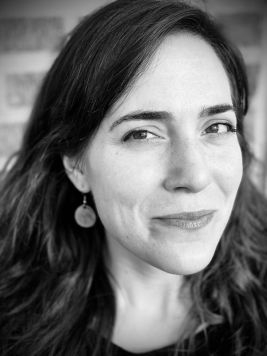 Harte formerly covered national security at The Center for Public Integrity. In May 2014, she graduated with an M.S. from the Stabile Center for Investigative Journalism at Columbia University. “Payday Nation,” a series on Native American tribe-affiliated payday lending companies she reported with two other Stabile fellows for Al Jazeera America, won the 2014 Investigative Reporters & Editors Student Award.

Until August 2013, Harte was a freelance journalist based in Istanbul for three years. Her reporting on political and environmental issues in the Middle East appeared in National Geographic, Reuters, Foreign Policy, The World Policy Journal, Global Post, and TimeOut Istanbul. In 2013, she received a National Geographic Young Explorer grant to travel along the Tigris River from Southern Iraq to Southeastern Turkey, documenting the downstream and upstream impacts of Turkey’s Ilısu Dam for a project entitled, “After the Dam, the Deluge: A Final Glimpse at the Ancient Town of Hasankeyf and Traditional Life Along the Tigris”.

You can browse her published work here.