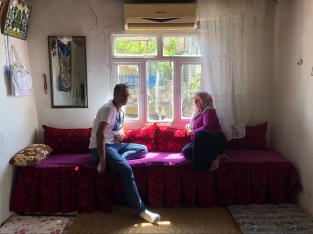 HASANKEYF, Turkey – Hundreds of people displaced by a huge dam in southeast Turkey fear they could go homeless because resettlement laws prevent them from moving into a new government-built town above the rising Tigris River waters.

The Ilisu dam, which Turkey planned to fill this year, will generate 1,200 megawatts of electricity but has been criticized for water shortages it will create downstream in Iraq and for the tens of thousands of people it will displace in Turkey.

For hundreds of residents of the 12,000-year-old town of Hasankeyf and its neighboring village of Kesmekopru, both of which will be submerged, housing laws may also block them from finding new homes on the nearby mountainside.