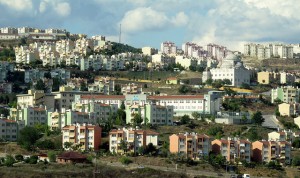 Turkey’s government argues that much of the land has already been illegally developed and sold, especially in the outskirts of major cities like Istanbul (pictured).

Two weeks ago, Turkish President Abdullah Gül approved a law that opened a parcel of land in Turkey formerly classified as forests — known as “2B” land — to construction. Today, according to Dünya newspaper, a six-month period of bidding opened for the land, which is estimated to be worth approximately $15 billion in sum.

Whether occupied or not, all 2B land will be up for sale and development.